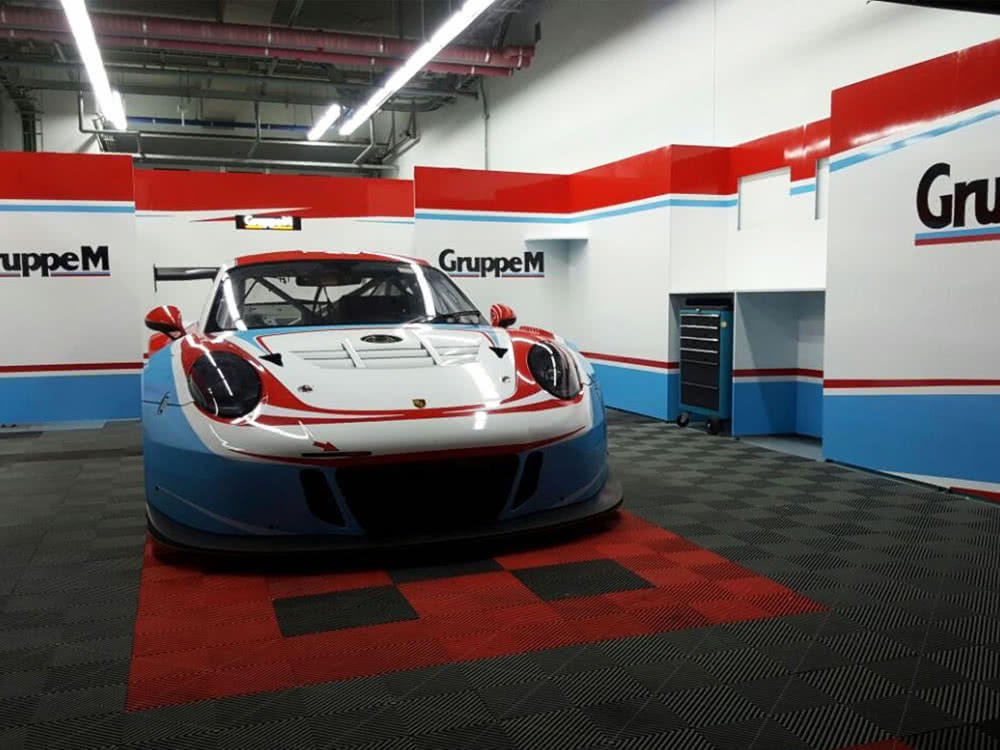 GDS Gears Up For The Future

We are excited to announce that we have new owners. Publishing entrepreneur, Graham Harris, who is responsible for leading industry titles Motorsport Monday and MotorsportWeek.com, has purchased the company from its founder, Dudley Bacon and has ambitious plans to expand both the product range and reach of this well-established business.

GDS brought seamless pit garage walling systems to the motorsport industry and now supplies these to numerous teams and organisations, including the sport’s governing body, the FIA. More of the company’s garages can be found in Formula 1 and Formula E as well as with the majority of the World Endurance Championship and Le Mans teams. GDShas also developed its own high quality anti-static race-flooring as well as supplying the pit-lane gantry lighting rigs at Le Mans each year. The company also offers other items of pit garage equipment such as timing boards, pit perches, helmet driers and flight cases.

“I have been impressed by GDS’s work in pit lanes around the world over for many years,” enthused Harris. “They are benchmark for the industry in terms of garage walling, floor and gantry lighting systems and the company’s customer service for its global clients is also excellent. When I became aware there might be an opportunity to buy GDS it was something I knew I had to seriously investigate…. and here we are. I am truly excited about the future for the company.”

Harris, who has been involved in motorsport for four decades, as competitor, team owner, journalist and publisher, sees a huge potential for GDS. “We have a fantastic product offering at GDS, which we can pitch at various price points to suit both the serious competitor and the up-and-coming teams too. I feel that we have only really scratched the surface of what is possible. We also have distributor partners in many countries around the world and we aim to widen and strengthen this network as part of our expansion plans.”

As far as the company’s management is concerned, Alistair Frary will continue in his role as GDS’ Sales Director and will spearhead the company’s sales drive for further growth while Harris’ business partner in the publishing side of his business, Ryan Wood, expands his responsibilities to become Group Marketing Director. Emma Oliver will be promoted to Administrative and Logistics Manager, ensuring smooth, on-time building and delivery to the company’s customers.

GDS founder, Dudley Bacon, whose patented designs are at the heart of the GDS product range, will remain with GDS in the role of Production Consultant and is looking forward to this next phase of the company’s development. “I think we have come a long way since I founded GDS in the early 2000s and I am delighted to still be playing an active role, which will help provide continuity for Graham and the team – but overall, I felt very much that the time was right to hand on the baton to the next generation.”

For further media information contact Simon Maurice at Chicane on +44 (0)7771 597961 or email: simon@chicane.marketing

For information about GDS Engineering’s full range of products and services, please contact Alistair Frary at GDS on +44 (0)1280 702510 or email: alistair@gds.engineering

You can find out more about which cookies we are using or switch them off in settings.

This website uses cookies so that we can provide you with the best user experience possible. Cookie information is stored in your browser and performs functions such as recognising you when you return to our website and helping our team to understand which sections of the website you find most interesting and useful.

You can adjust all of your cookie settings by navigating the tabs.

Strictly Necessary Cookie should be enabled at all times so that we can save your preferences for cookie settings.

If you disable this cookie, we will not be able to save your preferences. This means that every time you visit this website you will need to enable or disable cookies again.